Legapalooza is an annual charity event, founded by Tommy Donahue in 2010, and held to benefit the Dallas Amputee Network (D.A.N.)., the country’s largest and most active amputee support group. Milo Butterfingers in Dallas, Texas, hosts the event, which features auctions, food, games, live music, and raffles. All proceeds are donated to D.A.N. Since 2010, this one-of-a-kind event has raised over $450,000 to help fund the many beneficial programs provided by D.A.N. 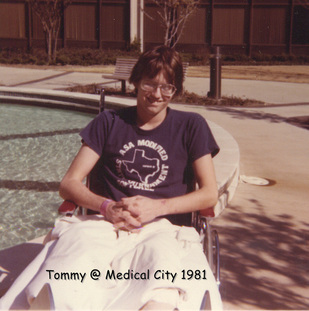 In early January 1981, Tommy was home for Christmas break during his senior year of college.  After going to Ft. Worth to see the Dallas Blackhawks play the Ft. Worth Texans, he returned to Mad Hatter, his old watering hole at that time before leaving for his parents’ house in North Dallas. He found his gas tank running low. After stops at two gas stations that had just closed, he finally ran out of gas on the loop entrance ramp to 635W from 75N. He hitchhiked to find a gas can and returned to fill his tank. The next thing he remembers is looking up from the pavement and realizing he had been crushed between two cars. He couldn’t move and knew that both of his legs were broken. It was a hit and run. 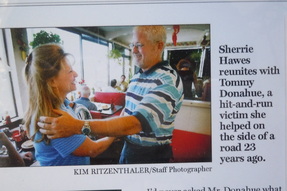 Tommy tried to flag down numerous passing cars, and a young lady slowed to ask him if he was okay. She spent the next half hour holding him while trying to get someone else to call an ambulance (the cell phone was not yet an accessory). His “Guardian Angel,” as he would later call her, was named Sherrie Hawes. Finally, he was transported to Medical City hospital where he spent the next 18 hours in surgery. Over the next three weeks and about a dozen surgeries trying to save his legs, it became evident that his right leg could not be saved. At this traumatic time in his life, something wonderful happened. One of his nurses knew an amputee and asked the person to come visit him. Tommy was hours away from amputation and thought his life was over. Then this man walked in his room and lifted his pant leg and said, “Hi.” He proceeded to tell Tommy about his life and how he was able to do just about everything that everyone else could do, including ride in rodeos. “Wow,” Tommy thought, “I can do this!” 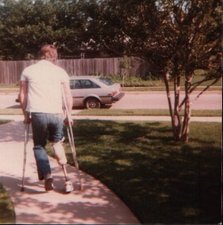 After a little over 30 surgeries, big and small, Tommy was finally ready for a prosthesis. He had delayed this process after shattering his right femur and kneecap trying to carry a six-pack up a flight of stairs while on crutches. He was fitted with a prosthesis and off he went. “I was amazed at how easily I adapted to walking and driving,” Tommy says. “Of course, being in my early 20s helped.” His life had changed in a way, but not a bad way. He realized during this experience that he had a tremendous support group of friends and colleagues. He learned so much about caregiving and life that he could not wait to take on the rest of his life. “I would later realize that this accident turned out to be the best thing to ever happen to me,” he says. “I was one of the lucky ones, surrounded by high school friends, college friends, work friends, and a loving family. It was easy for me. But what about the person who loses a limb and does not have that kind of support?” 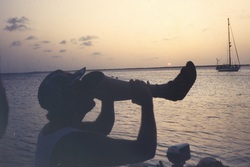 Having now realized how he wanted to really experience life, he became a regular at the annual Mardi Gras shenanigans in New Orleans. After spending two years wrestling Bourbon St. on crutches, he finally had his first Mardi Gras on “2 feet.” It was 1984 and the coldest Fat Tuesday in modern history. Being too cold to hit the streets, Tommy and his friends settled into their favorite bar at 8 a.m.

By mid-afternoon, he had met a Scottish sailor who was in port from his ship. He asked, “Why the limp?” Tommy rolled up his pant leg, and the sailor replied, “You ever drink out of that thing mate?”

So, for the next 10 hours, Tommy became the hit of the bar while his leg went around filled with scotch, tequila, Tuaca, beer, or whatever else the bartender could pour into it. This became the origin of what would become Legapalooza. As the years passed, “drinking out of the leg” was saved for birthdays, trips, or special occasions. A new prosthesis would result in all-day parties called “The Changing of the Leg.” T-shirts and hats were printed and handed out, but Tommy needed a logo.

On a dive trip with friends to the island of Bonaire, a picture was taken of him drinking out of his leg on a dock with the sun setting behind him. This shadowy silhouette would become the template for the “Drinking Man Logo.” For the last 17 years, thousands of hats, t-shirts, and posters have been printed using this logo. It’s his way of saying, “Having this inconvenience is okay.” 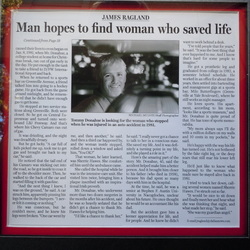 In 2004, James Ragland, a writer for the Dallas Morning News and sometime breakfast buddy at The Oasis, decided to write an article about Tommy’s attempt to try to find the woman who saved his life in 1981.

Sherrie Hawes was a name his mom had written down the day after the accident, but after his long stay in intensive care, they had never properly thanked her for what she did.

Two wonderful meetings came out of this article. First, Tommy finally met his Guardian Angel. Like most angels, she did not like the publicity and did not want all the attention. He was just so thankful that he got a chance to meet her.

The second meeting to result from this article was with Ellen Fernandes and Sandy Siebert. After reading his story in the Dallas Morning News, these women came to Milo Butterfingers to tell him about their amputee support group. Tommy told them, “Thanks, but I am fine. I don’t need a support group.”

They laughed and said, “You may not need us, but we need you.” He understood. Here was his chance to give back and be like the man who visited him on the eve of Tommy’s amputation. He joined the Dallas Amputee Network (D.A.N.) and became a Peer Visitor, someone who is trained to visit hospitals, to support amputees and their families. “Knowing what that did for me, I couldn’t have been more excited to be able to do this for someone else,” Tommy says. 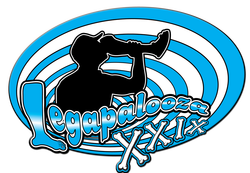 A few years ago, a brunch conversation focused on Tommy’s leg and the parties surrounding it. As the stories continued, someone mentioned that a “Leg Party” was way overdue. But it wasn’t time for a new prosthesis.

The brainstorming began, and many mimosas later, the name Legapalooza was born. Sunday Funday brunch became a strategy session for Legapalooza. It was agreed upon immediately that it should be a fundraiser. But for whom? Then Tommy remembered D.A.N. What a perfect fit. This organization does so much locally for amputees and their families, working with so little money and tremendous help by the selfless, tireless, and loving Ellen Fernandes. So, there it was, Legapalooza was on. D.A.N. will now be able to continue to visit hospitals, have monthly support meetings, and help many with their needs following amputation. Take it from Tommy, you can’t put a price on what this is worth. “It was the best thing that anyone could have done for me in my time of need,” Tommy says. “Let’s help do it for others.”

Sign up to receive news about our organization, events, and educational opportunities.